As I was testing the german version of “Unterwegs in Düsterburg” I noticed, the player is unable to load any file containing foreign letters, such as the German “Umlauts” (ä,ö,ü) also the letter “ß”. 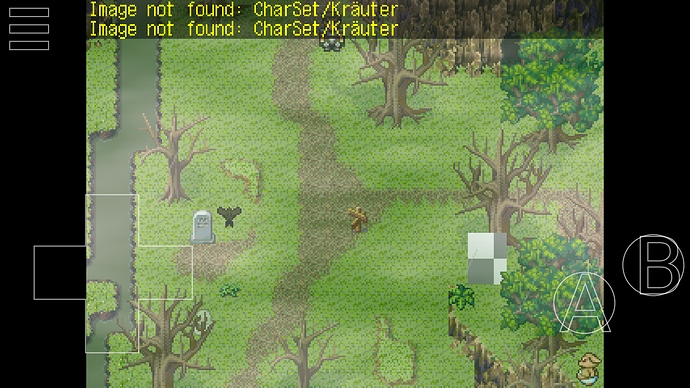 Our Player is full unicode aware must be a problem on your side.

Take a look in the CharSet folder of the game. Do you see a “Kräuter” file? (make a screenshot and upload it)

Can’t make a screenshot right now, but it’s definitely there. Could it be because I have set my system language to English? The ROM on my phone doesn’t support German system language, but I want to play it in German without loading glitches anyway… Is there no way?

This could be a problem with unicode normalisation.

Because there are 2 ways to generate an ä:

Try renaming the Kräuter file on your phone. When you delete the “ä”, do you have to press backspace twice? After renaming the file name it “Kräuter” again. Does it work now?

I was able to fix this problem now. All I did was renaming the file to “Kräuter” (before, it was showing a Chinese character instead of the ä) using my german onscreen keyboard. Could be because it’s a Chinese manufacturer phone (Xiaomi) and I’m using a Chinese developer ROM. Thanks for the advice to rename the files.