Browser Version: Saves not being kept when leaving and returning to game page?

The demo game on the easyrpg website does not have this issue. However, when I go to play a game I have uploaded to itch.io and save it, close the tab it was in, and return to it later, the save data is gone. It is an RPG Maker 2000 title.

Is this the intended functionality of the browser player? Or is there something that needs to be done in order to ensure that a player can close their window and return to the game at a later time with their save data intact?

This is not intentional behaviour. Could you link your game so I can check this?

Ascend the tower of the Goblins and discover its mysteries.

For what it’s worth, I’m using the most current downloadable version of the browser player and followed its instructions to a T. The folder structure looks as it should as well (as far as I know), as seen in the attached image. 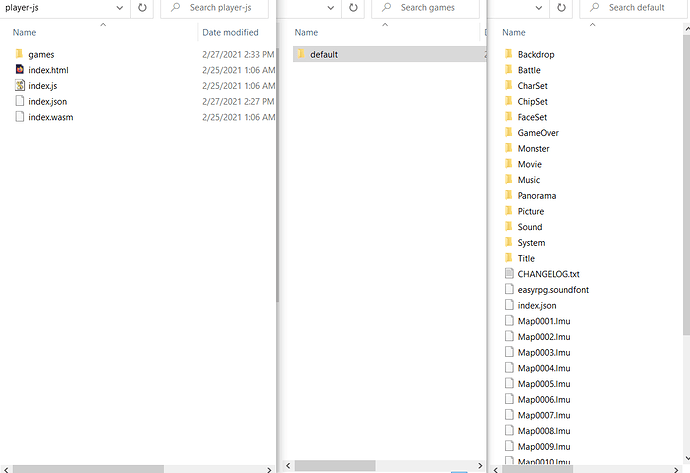 I have tried multiple browsers on different hardware and leaving the page, then returning to it, always results in erased save data.

Ah right, sorry. We currently have a bug in the latest version that results in save files landing in the wrong location

. Will be likely fixed in a day or two.

But you can use the latest stable version instead for now: https://easyrpg.org/downloads/player/0.6.2.3/easyrpg-player-0.6.2.3-js.tar.gz That one should work.

Thank you kindly for the quick reply! I’ll give it a try and see what happens.

EDIT: Well, upon trying out that version you linked, as well as a few older versions, the player is now no longer loading in assets. It’s strange, but oh well. I’ll just wait for a revised version to come out.

BUT, saving does indeed work, at the very least 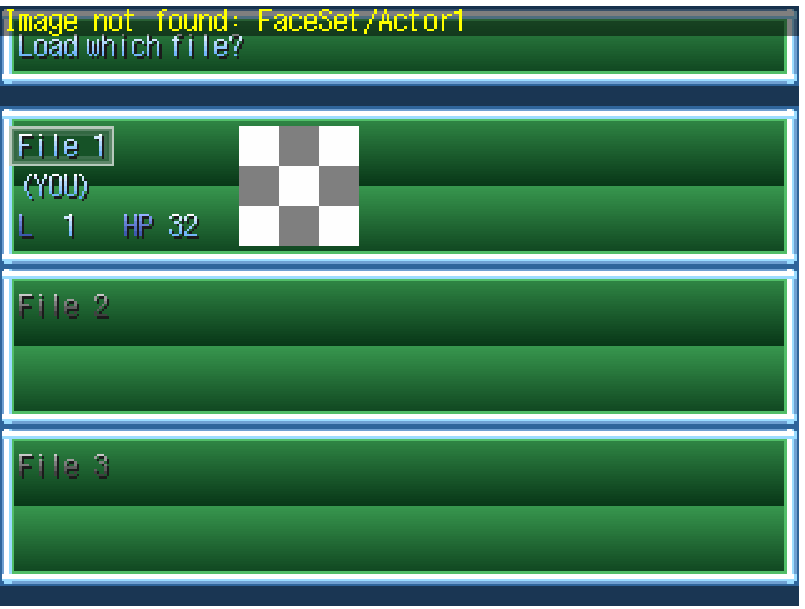 Thanks for the help though, it is much appreciated.

Oh right. I completely forgot that we changed the format of the index.json in the nightly build.

For the stable build you must use our legacy tool “indexgen” for the index.json generation: https://wiki.easyrpg.org/_media/development/player/indexgen.zip

This is much much better. Thank you for taking the time to help with this. Saving and loading later now works as intended.
Quick question that’s only mildly related to this: are custom soundfonts only supported in the nightly release? Or does the usual easyrpg.soundfont file placed in the game folder need to be called something else for the 0.6.2.3 version of the browser player to recognize and load it?

They are only supported in the nightly release.
The stable version will always use the bundled FmMidi module.

Just tested it - and it works perfectly. Thank you kindly for the swift response and solution!

So after a bit of additional testing multiple games, the save functionality and loading between sessions now works perfectly, which I thank you kindly for. One point of concern is that because of how itch.io is set up, I’m pretty sure there is no way to declare an alternative link to the uploaded game (I think, anyway), and it can only be run from the “default” folder. Attempting to insert a different folder just results in no games being found when loading the player, since normally it would expect to be pointed to any alternate folders as part of the URL.

Playing multiple games like this, your browser would still think you were playing “default” even if you switched to an entirely different game, and it loads up the saves from the other games you would have played as well. Please correct me if I’m wrong in my understanding of this.

Since there is no way to assign an arbitrary URL to the itch.io in-browser player, is there a way to modify the player so that it can load a specific folder inside the games/ folder rather than simply defaulting to “default”? I’m not versed in javascript to know what to look for in the index.js file that might make this possible, but if there is line that can be changed to force it to load from an arbitrary folder rather than “default” I think it would at the very least prevent there being a shared folder of saves for “default.”

Can you link me some games where the saves are shared?

You can change the game folder with the URL parameter ?game=FOLDERNAME. I hope itch.io allows configuring this.

Btw when itch.io has an API for cloud storage you can save them permanently for users with itch login. The player supports implementing of custom save providers. 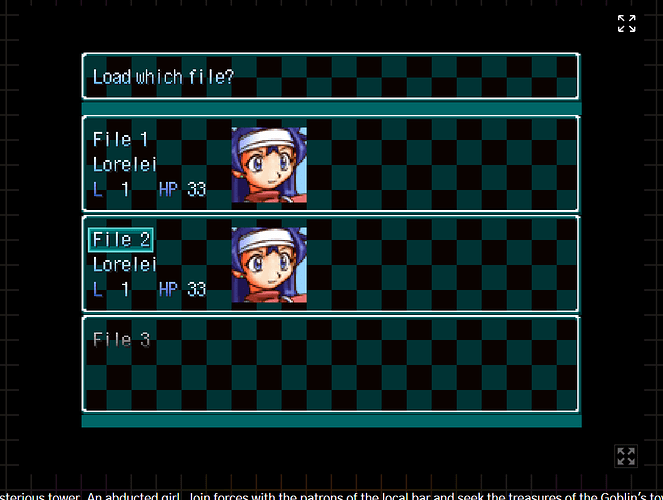 image1062×800 30.7 KB
This image is an example of saves from one game being loaded up in a different game. All of my testing so far has been with my own two games I’ve posted up on itch.io

Ascend the tower of the Goblins and discover its mysteries. 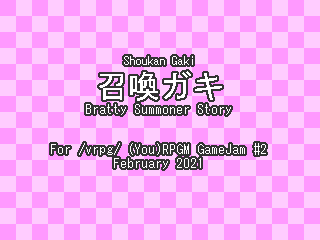 One fine day, the Chosen One sets off to defeat a great evil...

I believe that the URL generated for browser versions of games is not something that can be modified. I think it is generated at the time of upload and to my knowledge does not allow you to rename it or anything like that. I wish that was the case so the problem would be easier to solve.

In the index.js is a string Module={EASYRPG_GAME:"". As a workaround you could change the "" to something else. Though this is untested, no idea if this works.

I’ll give it a go and see what happens.
As an aside, I found some other games people had posted to itch.io using EasyRPG’s browser player and saves from other games can still be selected in any other game I’d found. It’s not the biggest issue in the world, but it could be for those who really love to make a lot of saves for individual games.

I THINK your solution worked, and this is after testing it using both of my games.
It would appear indeed that changing the contents of the “” you mentioned seems to make save files appear in their own entirely independent area so that they do not intermingle with other games’ saves. At least, I’m not seeing any previous saves I’d created now when I go to load this one up.

Thank you for your insight into all of this. I’ve been letting some fellow RPG Maker devs know about the ongoing status of this so they can have a more perfect browser form of their game on itch.io, and they’ll be happy to hear this. This might be worth putting in the how-to section of the browser version FAQ/Guide on the site for others to reference as well.

Thanks for testing. Imo that solution is a bit dirty, I will think about a cleaner one and document it when ready.