EXFONT loading both custom EXFONT symbols as well as default ones 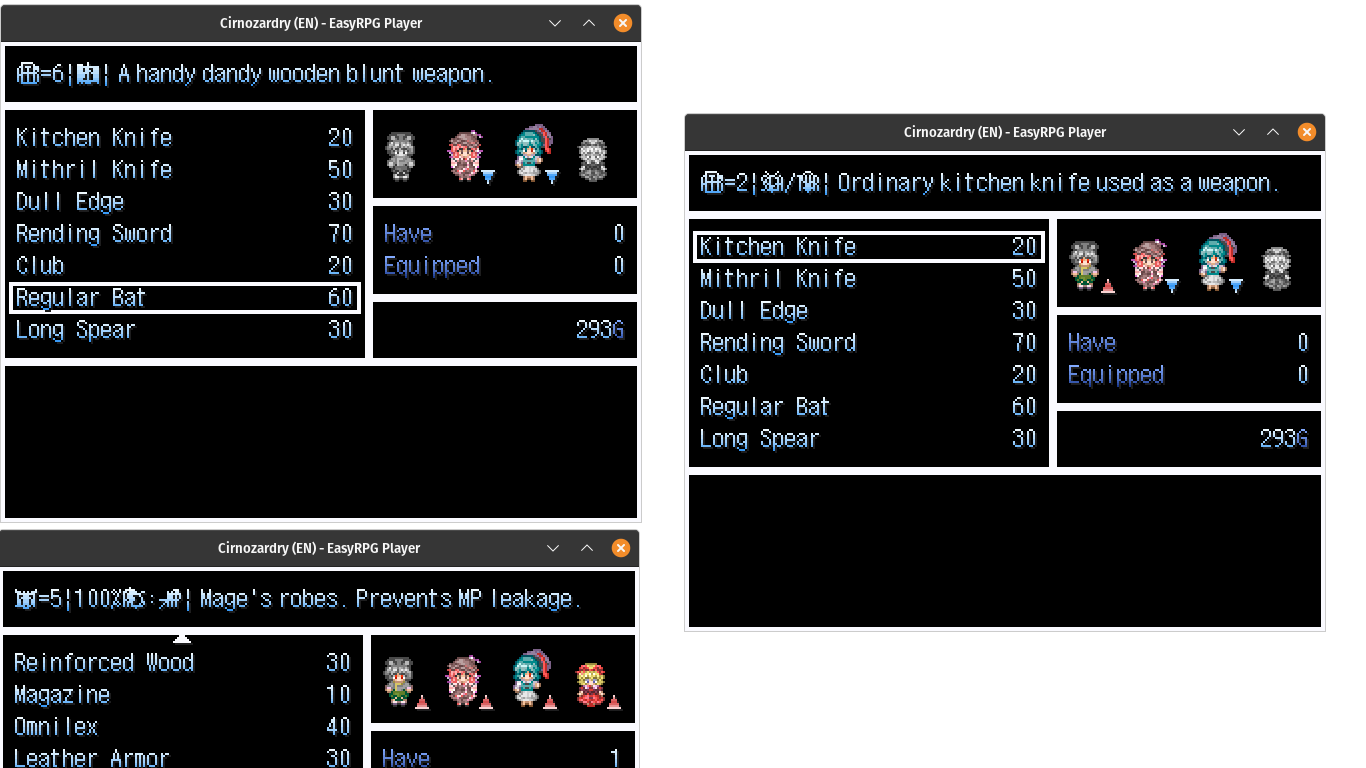 image1366×768 35.4 KB
When running games where the EXFONT file inside RPG_RT.exe has been replaced with a custom set of symbols, it appears that EasyRPG Player loads both the custom symbols and the original ones at the same time, causing the symbols to be a strange garbled fusion of both. Is there a solution to this? I have tried dropping the custom EXFONT.bmp file in the game folder as well, but it does not change anything.
A log provided by someone who has played this game in Linux via EasyRPG Player indicates that it is in fact being loaded. 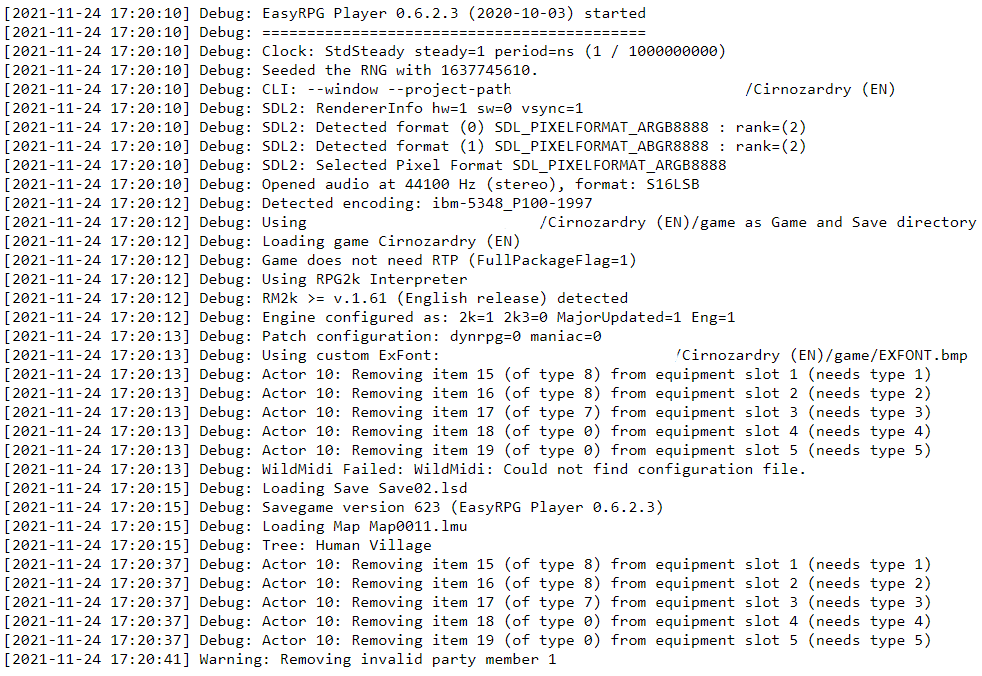 image982×676 27.7 KB
And I can confirm the same when playing the game on EasyRPG Player in Windows.

The game in question is the recently-translated Cirnozardry, which can be found at the following link:
https://files.catbox.moe/xd7ip5.rar

The EXFONT.bmp file can be found at this link (cannot attach bmp directly to posts. The file will need to be renamed EXFONT.bmp)

Any advice is appreciated.

EDIT: For reference, they should appear more like this: 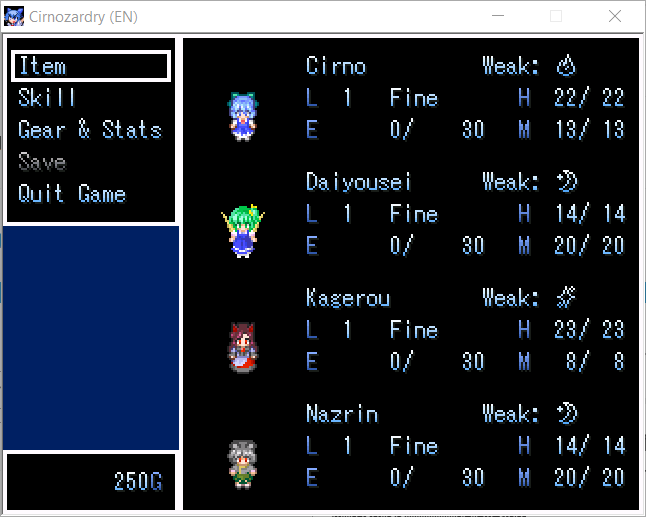 @Goburinbro
As a workaround open the ExFont.bmp and save it again with a different graphics program.
Something is strange inside your file. The Player should accept it but I do not know yet where the bug is.
Which program was used to create the ExFont? 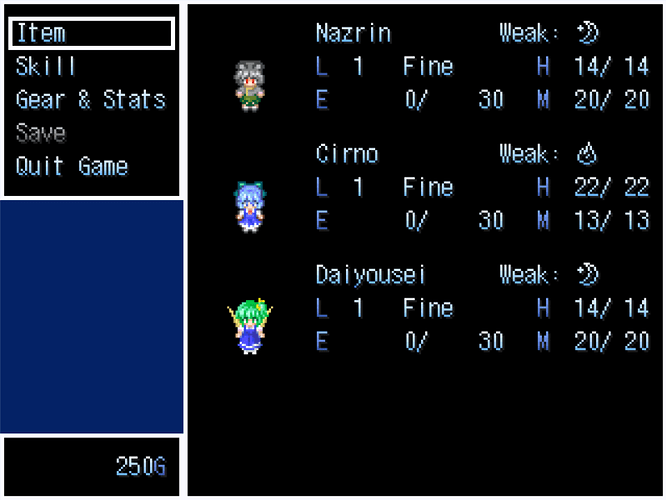 image800×600 47.4 KB
I took your advice and didn’t have any luck at first - It threw an error saying that it was 24-bit color depth, which made me think.
The image was originally made in GIMP, but I had to save it again in MSPaint in order for it to work when I’d Resource Hacker it into the RPG_RT launcher.
However, saving it again in MSPaint with 16-bit color depth has done the trick.
I’ll keep this in mind for the future, but it is still kind of strange that it would load it the way it does as seen in the opening post. Thank you.
1 Like
Ghabry December 21, 2021, 5:34pm #4

Created an issue now to track this: https://github.com/EasyRPG/Player/issues/2705

Thanks again for your report.