Just wanted to let you guys know that what you’re doing is a terrific thing. Making a Player compatible across multiple platforms is an incredible feat, and indeed has (for me at least) breathed new life into my old Rm2K projects.

Is the caterpillar system supported yet in the Player? I attempted to test one of my old projects on both a Wii and my Android phone and this is what happened. 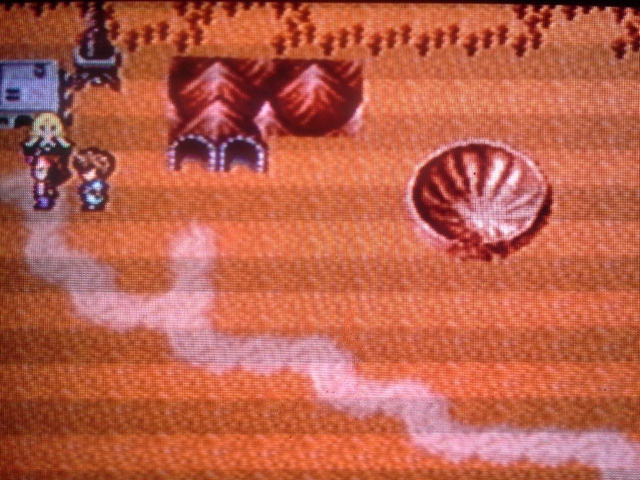 The game froze instantly and became unplayable. This happened on both the Wii and my Android phone. The game is one of my projects, a sci-fi called Voyage to Zircalon. The project is so old I don’t even remember most of where my resources came from. Anyway, a caterpillar system was installed on it but the game freezes, the screen turns black, and the game becomes totally unplayable.

Could someone please help with this? Thanks!

Welcome GrandWizard, thanks for the support.

I’ve player some games featuring a caterpillar system and they are working without freezing (e.g. The Longing Ribbon). Maybe there is a particular problem with the event interpreter when running your game. The issue you mention about screen turning black sounds really strange. Where could we get a copy of your game for testing why is failing? I’ve found only some game details and related with the Scenario RPGMaker version with broken download links.

By the way, which version are you using? 0.3 or nightly build? There have been a recent fix for a passability issue which is reported to affect multiple games.

Thanks for the welcome. Tested it again last night after removing the caterpillars (I think) and it is still freezing and going black. This is happening on both the Wii and the Android. The Android version I downloaded was fairly recent.

My game is not publicly available, it is 10 years old after all (snicker). However, at your suggestion I am providing a download link for testing purposes that does work. This is a RPG maker 2003 game. The game isn’t completed yet, of course, but the demo is playable. I made recent (within the last year after discovering EasyRPG) changes to some character face portraits, but I’m not done yet.

Thanks GrandWizard. After trying a bit (neat, nice looking old fashioned sci-fi game), I can’t reproduce the issue after landing to the same map. I guess in your game download link there is no caterpillar already, I can move without issues and some battle appears, and I can fight. Battlers are not being placed properly (Player bug, maybe related with #278), but It didn’t freeze for me, at least with the Player for GNU/Linux, nightly version

Hi, thanks for trying it out and your nice comments on the game. Been working on it off and on (mostly off) for 10 years (pathetic huh? Lol) I wanted to do something a little different to the classic castle/king/queen/fantasy setting (nothing against those of course, I play plenty of fantasy too). But I’ve gone further with Zircalon than any of the other projects I started. It’s kind of like a secret fantasy to play my game on a console… lol

Anyway I did download the new build of the Player (dated 6/27), tried it out on the Wii, and am having the same issue. Is the build you linked to newer than the 6/27 ?

Not bad, 10 years is so much time. This remembers me the game “La Leyenda Heroen” by Soeufans, completed after 12 years.

Strange… 0.3 release date was 5/13, the fix i was refering comes from 6/19, which should be included in the nightly build from the 6/27.
Which operating system do you use on your computer? There are also nightly builds for Windows and Mac OS X.

‘Zircalon’ takes its inspiration from the sci-fi classics of the '90s such as Phantasy Star IV. I have everything worked out but the very ending. And of course that annoying problem where the screen turns black and it runs very slow.
Is it possible to run the game not from the SD card? Because that’s where the app folder is running from.

Oh, tried it again, at the part where Data releases Becca and her party from the ship, the screen goes black. I can still hear the BGM but cannot see anything or anyone on the screen. Funny you should mention getting to battles because I’m not even there. Lol I’m only to where they get to the worldmap.

Is this happening with both Wii and Android versions? At least the black screen with background music is not an application hang, good to know.

Could you try again with this Windows version? ci.easyrpg.org/job/player … indows.zip

Definitely happening on Wii, haven’t tried on Android yet with the patched version. But the patched Wii version, it’s still happening.

Tried to use the Windows version and got an error message about the libraries not being there and it said to press a key and exit.

Thanks for the Wii update, this is strange. About the Windows version if you are getting a couldn’t find database file error, place the Player.exe in the same folder as RPG_RT.exe is placed. It behaves in the same way as RPG_RT. There is not a built-in game browser (yet).

Quick run-through, happening on Windows as well. Tried twice and it happened both times. Am using the 64 bit Windows for the desktop. And I’m fairly certain that the Android update will confirm my suspicion. I don’t know how you’re getting it to work with Linux, but on my end the game is practically unplayable.

After playing again, I’ve tried getting all the party before talking with Data and yes, finally the black screen.
However, I’ve played later getting only Alex to the party, then “landed” properly without the black screen. Could you confirm if this way is working for you?

Hmm so maybe Donovan is the issue?

Tried it on Android and, yes the black screen appeared again.

Thank you so much fdelapena for your assistance with this issue. Getting this to work would mean a lot to me. And its frustrating that this error crops up. I’m currently uploading another test copy of the game on 4shared but my internet is nightmarishly slow. Lol

Thanks again GrandWizard, I’ve tested in another map to check the broken caterpillar and I went to the eastern place to the space platform. After the new voyage, the caterpillar worked, but black screen again after moving to the next map.

But ok, tried to press the cancel key to access menu in both places and shows the menu. Then the map is rendered properly.

I’ve restarted the game once again then I’ve tried enrolling Donovan to the party only. And the caterpillar worked this time. With Alex it gets rendered but never gets displaced. Maybe this fails with Alex in original RPG_RT, too, I don’t know how will behave with missing expected characters in the caterpillar system. You should condition to force include missing party members before Data gets the incident.

Looks like definitely the caterpillar system is doing the black screen thing, as it blocks the movement so the screen is not getting updated (because the interpreter might be blocked, which is bad). Now the problem has been a bit more triaged. Will need more work to isolate the minimal exact interpreter instruction set to get the real reason. Maybe is a bad behaviour with some automatic/parallel/common event issue, there are a few affecting multiple games yet.

So the fault is with the rendering of the caterpillar system? Hmm…

I do have Alex only in the party now currently on Wii, now will try Donovan only on phone. There is a fourth party member who shows up much later in the game. Getting all three to work in the party will likely be a challenge, at least in this maker. It works when testing on 2003. I have attempted to use as few default resources as I can.

This is a Wii that has a broken CD drive, so it was perfect for modding in this way.

I forget the name of the author of the system, it’s been so long ago. So if I got rid of the system would it solve the issue? I tried once to get rid of the system and still got the black screen error. I am a novice with RPG maker at best. I started this with RPG Maker 2003, which from my understanding is slightly less stable than 2000.

I forget the name of the author of the system, it’s been so long ago.

It is the Rusty caterpillar system.

It is a Player fault, it should behave as RPG_RT does.
Ghabry confirmed Vampires Dawn 2 uses a caterpillar system which is broken, too. Maybe uses the same mechanism.

[quote=“GrandWizard”]I forget the name of the author of the system, it’s been so long ago.

It is the Rusty caterpillar system.

It is a Player fault, it should behave as RPG_RT does.
Ghabry confirmed Vampires Dawn 2 uses a caterpillar system which is broken, too. Maybe uses the same mechanism.[/quote]

Interesting… so in the future Player will support games with caterpillar systems?

I do want this game released eventually, possibly a small release to the good people here… but I would like this issue fixed before doing so.

I had initially intended for a video to play before the title screen but I’m not sure Player supports that yet.

I am considering getting the new official release of 2003.

Edit: On Android after Becca and Donovan get the contents of the chest from the cave, black screen again.

For some reason the game is freezing every time the caterpillar characters are transferring from map to map.

All Player versions should behave in the same form (Wii, Android, Windows…), they use the same game interpreter code for all plaforms.

Yes, it freezes because the caterpillar events are initialized in the same way for every map, I guess.

I’m opening a bug in the tracker. I don’t have here the RPG Maker editor ready (I need to reinstall Windows on a virtual machine yet). To explain properly the bug it will need a test case. In order to be able to try this without further disclosure of your game (as it is not ready yet), could you create a blank project and somewhat copypaste the caterpillar system and use just RTP characters from the default database? This will allow us to have a small test case to try.

My 4shared account is getting quite the workout lately.